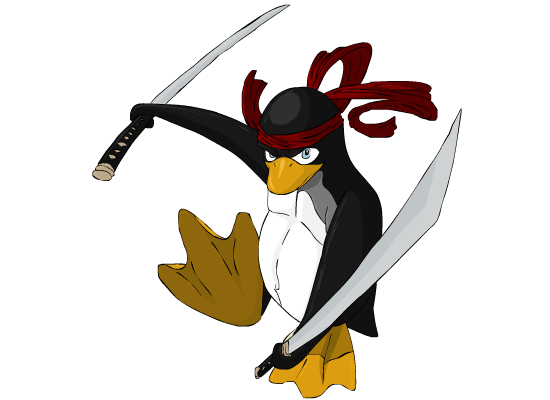 While there are many great operating system choices available for PCs, if you’re a gamer the choice is clear – Microsoft Windows. Since Windows is still the most popular operating system by far, it makes sense that game developers focus their time and energy on creating software for the platform that has the largest customer base. Which is a pity for gamers who want to use open-source operating systems such as Ubuntu Linux. There are plenty of moral, legal, and technical reasons to choose this (or any other) flavor of Linux over Windows.

Most major commercial Windows software tools also have open-source equivalents. However, getting your gaming fix on Linux systems has been a major chore. This is why an OS like Ubuntu has developed a reputation as only being suitable for non-gaming uses.

If that’s your current impression of gaming on Ubuntu Linux or Linux in general, it’s time to re-examine your prejudices. While no one can argue that gaming on Linux is just as good as Windows, that’s not the same as saying it’s bad. Here’s how the game has changed for the better.

Games run as well as they do on Windows because hardware manufacturers put effort into writing optimized and stable drivers for them. The same goes for the APIs (application program interfaces) that the games are designed for. They get the most out of Windows and the hardware its running on.

Linux support when it comes to drivers and APIs have been somewhat of an afterthought. Now, however, Nvidia, AMD, and Intel seem to be doing a much better job of ensuring that Linux users get feature and stability parity in their kernel modules. We’re also seeing more widespread use of the Vulkan API, which is not Windows-specific as DirectX is. If a game runs on Vulkan or another cross-platform API, it makes it easier to both create a native Linux version and to get the Windows version running on Linux using special compatibility software.

Valve’s Steam platform is the most dominant player in the PC gaming market. So it should be no surprise that the Steam client has a native Linux version. Valve has also introduced a feature known as Steam Play. If a game has a Linux or Mac version, it will automatically show up in Steam when installed on the relevant OS. There’s a good chance that if you logged into the Steam client on a Linux machine today, a significant number of games that you already own will have native Linux versions. You may also be surprised at how many rather big-name future releases are getting native Linux versions.

If a game has a Linux or Mac version, it will automatically show up in Steam when installed on the relevant OS. There’s a good chance that if you logged into the Steam client on a Linux machine today, a significant number of games that you already own will have native Linux versions. You may also be surprised at how many rather big-name future releases are getting native Linux versions.

While WINE is great, Valve has dedicated itself to expanding its Steam Play initiative to get games running well on Linux. In 2018 they released Proton API. This is an in-house version of the WINE technology that creates per-game profiles to get Windows titles running as well as possible on Linux machines.

Valve maintains a white list of games that work flawlessly using Proton. You can download and launch these games on Linux from the Steam client just as on Windows. You can try Proton API with any Windows game, regardless of whether Valve has approved it. Obviously results may vary, but the community has found plenty of titles are more than playable.

That whitelist is constantly growing and with every major title added, Linux gaming becomes a more realistic prospect.

Whether you like it or not, game streaming is becoming an important part of the gaming pantheon of platforms. Services like Project Xcloud and Google Stadia are set to turn any internet-connected device into a high-end gaming platform. This includes Linux, although you will need to be connected to a high-speed, reliable internet connection for it to work.

While gaming on operating systems like Ubuntu Linux is better than ever and totally viable, it’s not perfect. Apart from game-specific bugs and limitations, there’s a general performance penalty as well. That’s mainly down to the overhead of running non-native games on Linux. Also, while driver performance is better, it’s not quite as good compared to Windows.

It’s also still a little more work getting games to run, so if you get a cold sweat from the idea of messing around in various menu settings or reading a few online guides to get your game running, Linux gaming in general may not be quite there for you yet. Then again, being a Windows PC gamer also involves messing with settings and reading the occasional guide, so perhaps things aren’t that different.

In the end, this is a great time to give Linux a try without fear that you’ll have nothing to play when work is done for the day. It literally costs nothing but time and, who knows? You might end up liking it more than you think.