Introduction to Snap and Flatpak 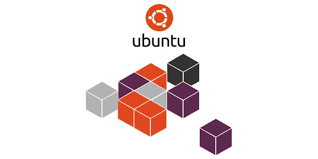 Snap is a software deployment and package management system like AppImage or any other package manager for that instance. It is originally designed for the now-defunct Ubuntu Touch Operating system. Snappy lets developers create software packages for use in a variety of Linux based distributions. The initial intention behind creating Snappy and deploying “snaps” on Ubuntu-based systems is to obtain a unified single format that could be used in everything from IoT devices to full-fledged computer systems that ran some version of Ubuntu and in a larger sense Linux itself.[4]

The lead developer behind the project is Canonical, the same company that pilots the Ubuntu project. Ubuntu had native snap support from version 16.04 LTS with more and more distros supporting it out of the box or via a simple setup these days. If you use Arch or Debian or openSUSE you’ll find it easy to install support for the package manager using simple commands in the terminal as explained later in this section. This is also made possible by making the necessary snap platform files available on the respective repos.

Snappy has the following important components that make up the entire package manager system.[6]

The snapd component is written primarily in C and Golang whereas the Snapcraft framework is built using Python. Although both the modules use the GPLv3 license it is to be noted that snapd has proprietary code from Canonical for its server-side operations with just the client-side being published under the GPL license. This is a major point of contention with developers since this involves developers signing a CLA form to participate in snap development.

Going deeper into the finer details of the Snappy package manager the following may be noted:

On the flip side of things, snaps are widely criticized for being centered around Canonical’s modus operandi. Most of the commits to the project are by Canonical employees or contractors and other contributors are required to sign a release form (CLA). The sandboxing feature, a very important one indeed from a security standpoint, is flawed in that the sandboxing actually requires certain other core services to run (such as Mir) while applications running the X11 desktop won’t support the said isolation, hence making the said security feature irrelevant. Questionable press releases and other marketing efforts from Canonical and the “central” and closed app repository are also widely criticized aspects of Snappy. Furthermore, the file sizes of the different snaps are also comparatively very large compared to the app sizes of the packages made using AppImage.

Flatpak: Like the Snap/Snappy listed above, Flatpak is also a software deployment tool that aims to ease software distribution and use in Linux. Flatpak was previously known as “xdg-app” and was based on the concept proposed by Lennart Poettering in 2004. The idea was to contain applications in a secure virtual sandbox allowing for using applications without the need of root privileges and without compromising on the security of the system. Alex started tinkering with Klik (thought to be a former version of AppImage) and wanted to implement the concept better. Alexander Larsson who at the time was working with Red Hat wrote an implementation called xdg-app in 2015 that acted as a precursor to the current Flatpak format.

Flatpak officially came out in 2016 with backing from Red Hat, Endless Computers and Collabora. Flathub is the official repository of all Flatpak application packages. At its surface Flatpak like the other is a framework for building and packaging distribution agnostic applications for Linux. It simply requires the developers to conform to a few desktop environment guidelines in order for the application to be successfully integrated into the Flatpak environment.

Targeted primarily at the three popular desktop implementations FreeDesktop, KDE, and GNOME, the Flatpak framework itself is written in C and works on a LGPL license. The maintenance repository can be accessed via the GitHub link here.

A few features of Flatpak that make it stand apart are mentioned below. Notice that features Flatpak shares with AppImage and Snappy are omitted here.

One of the most criticized aspects of Flatpak however is it’s the sandbox feature itself. Sandboxing is how package managers such as Snappy and Flatpak implement important security features. Sandboxing essentially isolates the application from everything else in the system only allowing for user-defined exchange of information from within the sandbox to outside. The flaw with the concept being that the sandbox cannot be inherently impregnable. Data has to be eventually transferred between the two domains and simple Linux commands can simply get rid of the sandbox restriction meaning that malicious applications might potentially jump out of the said sandbox.

This combined with the worse than expected commitment to rolling out security updates for Flatpak has resulted in widespread criticism of the team’s tall claim of providing a secure framework. The blog (named flatkill) linked at the end of this guide in fact mentions a couple of exploits that were not addressed by the Flatpak team as soon as they should’ve been.