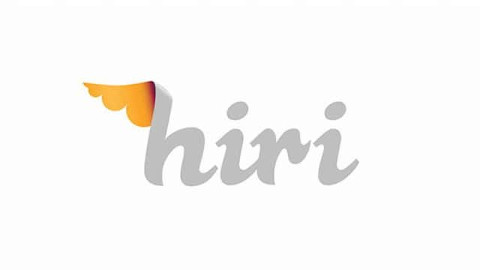 Working people continue to see email as a necessary evil. A whole class of productivity apps has emerged to mitigate some of email’s inherent problems, and Hiri is one such contender. This downloadable app is an alternative interface for your Microsoft email account. It adds a wealth of tools designed to make email better. A dashboard with a timer discourages you from checking your inbox obsessively. A to-do list off to the right side of the screen holds synopses of messages that you’ve turned into tasks. In short, Hiri has tools that make email less awful. Its price is competitive and its features are actually beneficial. It only works with Microsoft email, however, and it doesn’t offer any mobile apps.

Hiri is not free and it is not opensource. But if you are looking for a new way to work with Email on Exchange you should give it a try. It does have a trial period with full functionality so you can try it out and see if take on email will work for you.

Hiri is an app that you download and run locally. It’s available for macOS, Windows, and Linux. No matter which platform you use, you download the app for no charge and set it up with a free seven-day trial. No credit card is required for the test drive. After seven days, if you choose to continue using Hiri, you must pay either $39 for the year, or $119 to have access forever, or at least as long as the app is supported.

Plainly put, that’s a bargain. So much so that I would recommend downloading Hiri, giving it a whirl, and locking in that deal ASAP if you like what the app does.

Hiri is an alternative app for managing email from Exchange, Office 365, or a Microsoft email account (such as Outlook.com, Live, Hotmail). You download and install it on any computer where you want to manage your email. There are no mobile apps at this time, which is a real drawback, considering how much time we spend on our mobile devices.

Once you set up the app and connect your account, Hiri will pull email for you into the new interface. You can control how much history of your email to include, whether one month, three months, six months, a year, two years, or all of it.

Before you get too far with Hiri, it’s in your interest to explore the Skills center, where you learn about different features and choose which ones to enable.

The first option, called Action/FYI Split, automatically filters emails sent to you on which you are CCed. Essentially, Hiri creates a new folder for you where it will sort messages that likely aren’t of critical importance. If you receive a message in your Action (or primary) inbox that you quickly realize isn’t important, you can drag and drop it into the FYI area, too.

The next option, called Dashboard, discourages you from checking your inbox obsessively. When you enable the Dashboard and choose to display it, Hiri places a summary box over your inbox, which has a timer at the center that counts down from 30 minutes. During those 30 minutes, you should curb your desire to check your inbox. The Dashboard also shows the number of new messages received since you last checked, as well as the total number of messages received today. I like the feature, although I’d like it more if I could customize the length of time.

Another option is the Task List. This feature creates a short to-do list that appears to the right of your inbox. You can create a task by dragging and dropping any message from your inbox into the Task List. To each task you can assign a due date, set a reminder a few minutes before the due date, and add a note. As with the calendar entry limitations, you don’t have precise control over the times set for task reminders and due dates. The times must end in :00, :15, :30, or :45. When you create a task from an email, the email still exists in your account as well. Only the subject line and a few other pieces of metadata about the message carry over to the task.

Delegate Email is the next optional Skill to enable, and it works only when you have other colleagues who use Hiri as well. This feature allows you to forward an email to a colleague and indicate that there is an action that the receiver must do. When you use the Delegate Email feature, Hiri gives you a new field where you can write the task explicitly, which is worlds better than relying on the existing subject line.

Reminders is similar to what other email assistant apps call snooze, although it operates slightly differently. In other apps, when you snooze an email, it temporarily disappears from the inbox until a time you set. In Hiri, the Reminders feature instead marks an email as unread for now and reminds you via a pop-up alert at a time you set that you should deal with it.

Speaking of alerts, Hiri’s do not appear in macOS’s notification center—which is intentional. Part of Hiri’s purpose is to discourage email from distracting you, and that means fewer notifications. When it’s time for a reminder, the most you see is the Hiri icon jumping in the app dock. All other notifications take place in the app, and they are subtle, too.

The next option is called Write Better Subject Lines. It flips around your composition window when you write a new email so that the subject line appears at the very bottom instead of the top. The idea is that you write down what you have to say first and only afterward figure out what the subject line should be. If you forget to put a subject line at all (which I imagine happens a lot when you first enable this skill), Hiri prevents you from sending the messages and nudges you to write one.

A Zero Inbox skill simply encourages you to do something with incoming messages, rather than leave them sitting in the inbox unread, even if you have already peeked at them and then marked them unread again.

Finally, a new feature on the horizon called Rate Emails is designed to allow Hiri users to give concrete feedback to other Hiri users, such as when someone writes emails that are way too long.

Aside from its Skills, Hiri also has an integrated calendar and contact list, which sync with your Microsoft account. The search bar for both contacts and emails is speedy and accurate. The calendar can hold a lot of appointments without looking cluttered. One gripe, however, is that when you create a new appointment, the start and end times must end in :00 or :30. You can’t have a meeting at 2:05 or 2:15, and you can’t create an appointment that’s less than a half hour long. For an app that’s all about productivity, the lack of an ability to schedule short meetings seems like a miss.

Installing Hiri is very easy since you can install the Snap version strait from the Ubuntu Software Center.