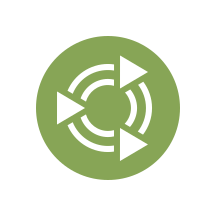 Linux and Ubuntu are not like commercial operating systems. You aren’t limited to one interface. Some options offer imaginative new layouts, while others maintain a more established approach. If you want an experience that has been around the block for a decade or two, then MATE may just be the one for you.

A desktop environment contains everything you see on your computer screen. It’s the panels that launch applications, display notifications, and show the time. It’s what manages your windows and allows you to easily switch between them.

Windows 8 had an interface catered more to touchscreens than desktops. People who disliked the change couldn’t upgrade to Windows 8 if they wanted to keep the interface they were more comfortable with.

On Ubuntu, this isn’t a problem. You can always switch to another desktop environment and continue using the latest Linux software. And if your favorite interface is about to undergo a radical change, MATE is an example of how that doesn’t mean you have to say goodbye to what’s familiar.

The split happened because GNOME 3 introduced a new interface called the GNOME Shell, which departed from the traditional desktop design. Since the project was open-source, developers not happy with the change were free to take the existing GNOME 2 code and continue working on that instead. Doing this is called “forking” a project. An Arch Linux user called Perberos started the MATE project, with others quickly jumping on board.

While many Linux operating systems have embraced GNOME 3, MATE has attracted many users over the past half-decade. Some of them started using Linux years after the split from GNOME. That means they’re using MATE for reasons other than a resistance to change. Quite a few consider it among the most stable and versatile experiences Linux has to offer.

Unlike default GNOME, MATE lets you save applications and files to the desktop. A trash can icon in the corner of the bottom panel gives you quick access to your deleted files. You can also use this area of the screen to switch between virtual desktops.

Out of the box, users can make substantial tweaks to the interface. Basics include changing the theme, adjusting fonts, and altering application toolbars. You can go further by creating more panels or adding applets to the ones you already have, such as a dictionary widget or an investment tracker.

One of the advantages of Ubuntu Mate is that you have the ability to change the look and feel of your desktop with the built-in function of Mate Tweak. There are a number of very easy ways to customize mate which we will explain in the Mate Customization section.

Screen shots below shows the number of desktop selections:

Who should use Ubuntu Mate

There’s a reason MATE is gaining new users. The interface is pretty straightforward. If you like Windows XP and the earlier era of computers, this will feel right at home in the Familiar theme. There are some animations, but they’re all subtle. You won’t find any of the moving windows that irksome people when they first use the latest version of GNOME. But if you are a fan of the more modern desktop you can create that in Mate with a few clicks in Tweak mate tools and changing to Mutiny or Pantheon built-in themes.

MATE also uses fewer resources than some of the more modern alternatives, meaning it works great on aging hardware. It’s one of a handful of desktop environments we would recommend specifically for that purpose.

If you are ready to take Mate for a spin head to our install guide for Ubuntu Mate and take it for a test drive.