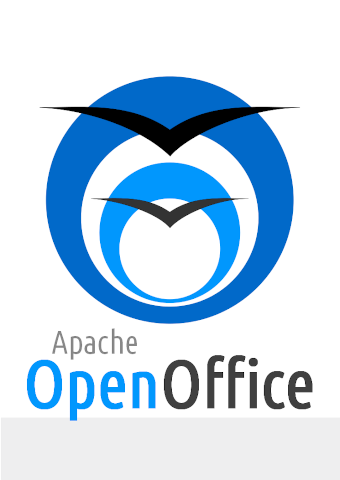 Apache OpenOffice is one of the leading open-source office software suites for word processing, spreadsheets, presentations, graphics, databases, and more. It is available in many languages and works on all common computers. It stores all your data in an international open standard format and can also read and write files from other common office software packages. It can be downloaded and used completely free of charge for any purpose.

The application comprised of a word processor (Writer), a drawing tool (Draw), a spreadsheet utility (Calc), a formula editor (Math), a database management tool (Base), and a presentation app (Impress).

It is compatible with Microsoft Word and WordPerfect documents, Microsoft Excel and Lotus 1-2-3 spreadsheets, as well as Microsoft PowerPoint and Apple Keynote presentations. Its main file format is OpenDocument Format (ODF), which is also used on the LibreOffice software.

Under the hood and supported OSes

Being written in the C++ and Java programming languages, Apache OpenOffice is a platform-independent application that supports Linux, Windows, and Mac OS X operating systems, running on both 64-bit and 32-bit architectures. It was also successfully ported to FreeBSD, Solaris (x86/SPARC), OS/2, and Mac OS X PowerPC.

Under the hood, Apache OpenOffice is translated in over 170 languages, provides support for system C++ STL, unified menu API, and the Python programming language. It is also very important to mention here that the well known LibreOffice open-source office suite is based on the source code of this application.

In its first major revision in more than a year, the Apache OpenOffice suite now comes with a sidebar, from which users can launch their favorite tools.

“Over the years we saw the increased use of widescreen monitors, so we had to rethink how we used the user interface,” said Rob Weir, of the Apache OpenOffice Project Management Committee.

The OpenOffice sidebar tackles the age-old problem of how to make a large number of its features easily available.

As desktop applications tend to accrue more and more features, the sheer number of feature controls can be problematic in that users may have to hunt around to find them, if they are not available. Or users could become overwhelmed by all the new options if they are all displayed at once.

Microsoft confronted this problem when it replaced the standard menus in Microsoft Office 2007 with a rotating, context-sensitive ribbon interface, which would slide in the controls that would be most appropriate given the actions the user was currently taking, such as editing a text document.

Unlike Microsoft’s solution, which placed the ribbon on top of the document being edited, OpenOffice places the menu choices onto the right-hand side of the screen. The move takes advantage of the copious increase of horizontal working space brought about by larger screens and higher screen resolutions that have become the norm in the past few years.

Many applications just “added more and more toolbars at the top. You start with a menu bar, then add a toolbar then add another toolbar, and that wasn’t really smart use of screen real estate,” Weir said. “You want to have a document take up a good portrait space, and then you can have your additional user interface adornments on the side.”

The codebase for the sidebar actually came from IBM’s short-lived Lotus Symphony office suite, which was a 2007 fork of OpenOffice that IBM contributed back to OpenOffice in 2012.

OpenOffice 4.0 is the first major update of the open-source office suite since the IBM code contribution—OpenOffice 3.4 was released in May 2012.

Ever since the Oracle Corporation acquired the Sun Microsystems company, work on Apache OpenOffice continues but various developers who worked on the project decided to create a new project, named LibreOffice.

Because of this, LibreOffice is now the main choice for any Linux distribution developer who wants to pre-install a complete and open-source office suite application in their operating system(s).