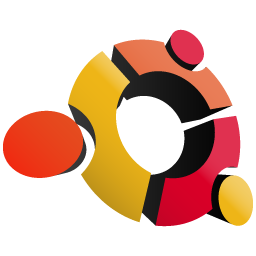 History of GNU/Linux and Ubuntu:
GNU/Linux was started by two people Linus Torvalds and Richard Stallman back in 1991. Linus was a Finnish-American software engineer who is the creator, and for a long time, the principal developer of the Linux kernel, which became the kernel for operating systems for Linux operating system as well as Android, and Chrome OS.
After the initial kernel was created he released the code as open-source software to everyone who would be interested in using or helping in the development. As a result, a number of developers started working with the initial code and developed a number of distributions.
Richard Stallman at the Free Software Foundation, a strong advocate of free and open-source software, was working on an open-source operating system of his own. Rather than focusing initially on the kernel, Stallman decided to begin by developing all the tools, utilities, and compilers necessary to use and maintain an operating system. By the time he had finished developing this infrastructure, it seemed like the obvious solution was to combine his work with the kernel Linus had written to create a full operating system. This combination became known as GNU/Linux. Purists insist that Linux always be referred to as GNU/Linux (in fact Richard Stallman refuses to give press interviews to any publication which fails to refer to Linux as GNU/Linux). This is not unreasonable given that the GNU tools developed by the Free Software Foundation make up a significant and vital part of GNU/Linux. Unfortunately, most people and publications simply refer to Linux as Linux and this will probably always continue to be the case.

The original major distributions or distro’s as some might call them were, Debian, Slackware, Redhat, Suse to name a few. Each one of them had its own command structure to interact with the original kernel and hardware that is being used.

Meaning of Ubuntu: The name Ubuntu originated from African philosophy, the translation basically means “I am because we are” or “humanity towards others,” or “I am what I am because of who we all are” or in Xhosa, “umntu ngumntu ngabantu” but is often used in a more philosophical sense to mean “the belief in a universal bond of sharing that connects all humanity.” This philosophy basically describes the spirit of Ubuntu Linux as a whole.

History of Ubuntu:
Ubuntu is one of a number of Linux distributions. The source code that makes up the Ubuntu Linux distribution originates from another, much older Linux distribution known as Debian (it was started by two people named Debra and Ian). Debian is still a widely respected operating system but came under criticism for infrequent updates and less than user-friendly installation and maintenance (though these areas have shown improvement recently). A South African internet mogul, Mark Shuttleworth who made his fortune selling his company to VeriSign for around $500 million decided it was time for a more user-friendly Linux. He took the Debian distribution and worked to make it a more user-friendly distribution which he called Ubuntu. He subsequently formed a company called Canonical Ltd to promote and provide support for Ubuntu Linux. In addition, Shuttleworth has formed and funded (to the tune of $10 million) a foundation to guarantee the future of Ubuntu. Ubuntu quickly became one of the most downloaded distro’s, since it is focused on the desktop and everyday users vs. developers and server environments. There have been a number of changes to the default desktop environment of Ubuntu. It started with the Gnome desktop and later moved to its own desktop called Unity. Unity had a mixed reception in the Linux communities. Some loved it and others not so much. Even thou that Ubuntu’s default desktop was Unity desktop DE, as it is the nature of Linux, users were not confined to only use Unity. Users have been and are able to use any desktop they choose. Ubuntu is capable of running multiple desktops and can be installed on top of Ubuntu OS. In October of 2017, Ubuntu went back to Gnome desktop and abandon Unity as their primary default desktop due to the fact that Canonical saw a future in the Server market as well as Internet of Things (IoT). After version 17.10 Ubuntu default desktop was moved back to Gnome with some soft configurations. This version is just configurations that set it apart from the vanilla Gnome shell desktop. Unity was a fork of Gnome and contained a lot of hard code that was not included in the Gnome upstream desktop environment. As of version 17.10 those parts of the code have been removed as Unity was abandoned by Canonical and the new configurations using Gnome extensions gave the Unity “like” look and feel to Gnome shell.

Official Ubuntu Versions, Long Term Support (LTS) and None-LTS:
Ubuntu releases are made semiannually by Canonical Ltd, the developers of the Ubuntu operating system, using the year and month of the release as a version number. The first Ubuntu release, for example, was Ubuntu 4.10 and was released on 20 October 2004. Consequently, version numbers for future versions are provisional; if the release is delayed until a different month (or even year) to that plan, the version number will change accordingly.
Ubuntu releases are timed to be approximately one month after GNOME releases, which are in turn about one month after releases of X.Org (X-Windows), resulting in each Ubuntu release including a newer version of GNOME and X. Every fourth release, in the second quarter of even-numbered years, has been designated as a Long Term Support (LTS) release, indicating that they are supported and receive updates for five years, with paid technical support also available from Canonical Ltd. However the desktop version of LTS releases before 12.04 were supported for only three years. Releases 14.04, 16.04, 18.04, and 20.04 are the current LTS releases. The support period for non-LTS is 9 months. Prior to 13.04, it was 18 months. Support in Ubuntu means that the OS will be updated with security patches and minor updates during the support period. The support will apply to all Ubuntu flavors as well as the distro’s that use Ubuntu as their base system i.e. Linux Mint.